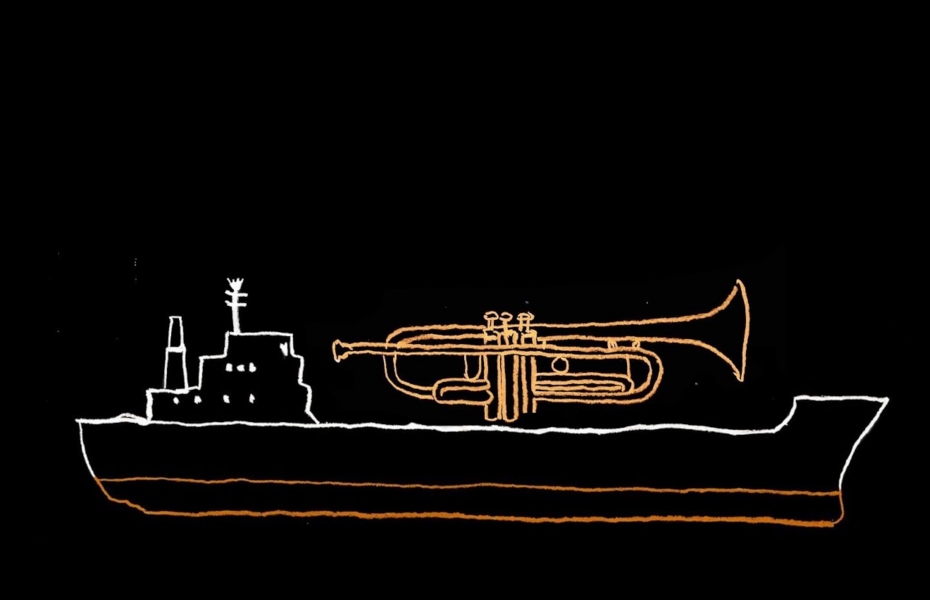 On 26 September, 1 October and 10 October 2020, BOZAR will organize a major collecting campaign of wind instruments for the brass bands and music schools supported by Music Fund in the Democratic Republic of Congo and Haiti.

A musical instrument always has a rich history, intimately linked to the life course of those who have played it. Music Fund offers the instruments entrusted to it the possibility of being reborn under the fingers of musicians from countries where access to musical education is hindered by a lack of material means.

Music Fund is well aware that musical practice and education alone do not prevent conflicts or promote economic development. However, experience gained in difficult areas (where musical instruments in good condition are scarce) shows that well-structured music education contributes to the building and reconstruction of a society, as it can then focus on culture rather than on the difficulties associated with war or poverty.

Active in the DRC and Haiti for nearly 8 years, Music Fund wishes, through the collecting campaign organized in BOZAR, to respond to a growing need for wind instruments from its partner projects: the Espace Masolo (Kinshasa, DRC) and the Cemuchca (Cap-Haïtien, Haiti). Both of these structures have talented repair technicians trained thanks to Music Fund: Lyve Mando Mengi, head of the ARIMAV workshop in Kinshasa, and Hérold Jean-Pierre, founder of the CPMIRS (Cemuchca PAP Music Instrument Repair Shop) in Port-au-Prince. The instruments collected will be sent for revision in their workshops, before joining the brass bands of Espace Masolo and Cemuchca.

The public will be able to meet the Music Fund team between 12 noon and 6 p.m. in BOZAR. The team will receive instruments from the donors and will be available to answer questions about the projects specifically concerned by this operation, as well as the other projects supported by the association. The event will take place in the Baron Horta square, at the guinguette, and will be organized in such a way as to comply with the health standards in force. 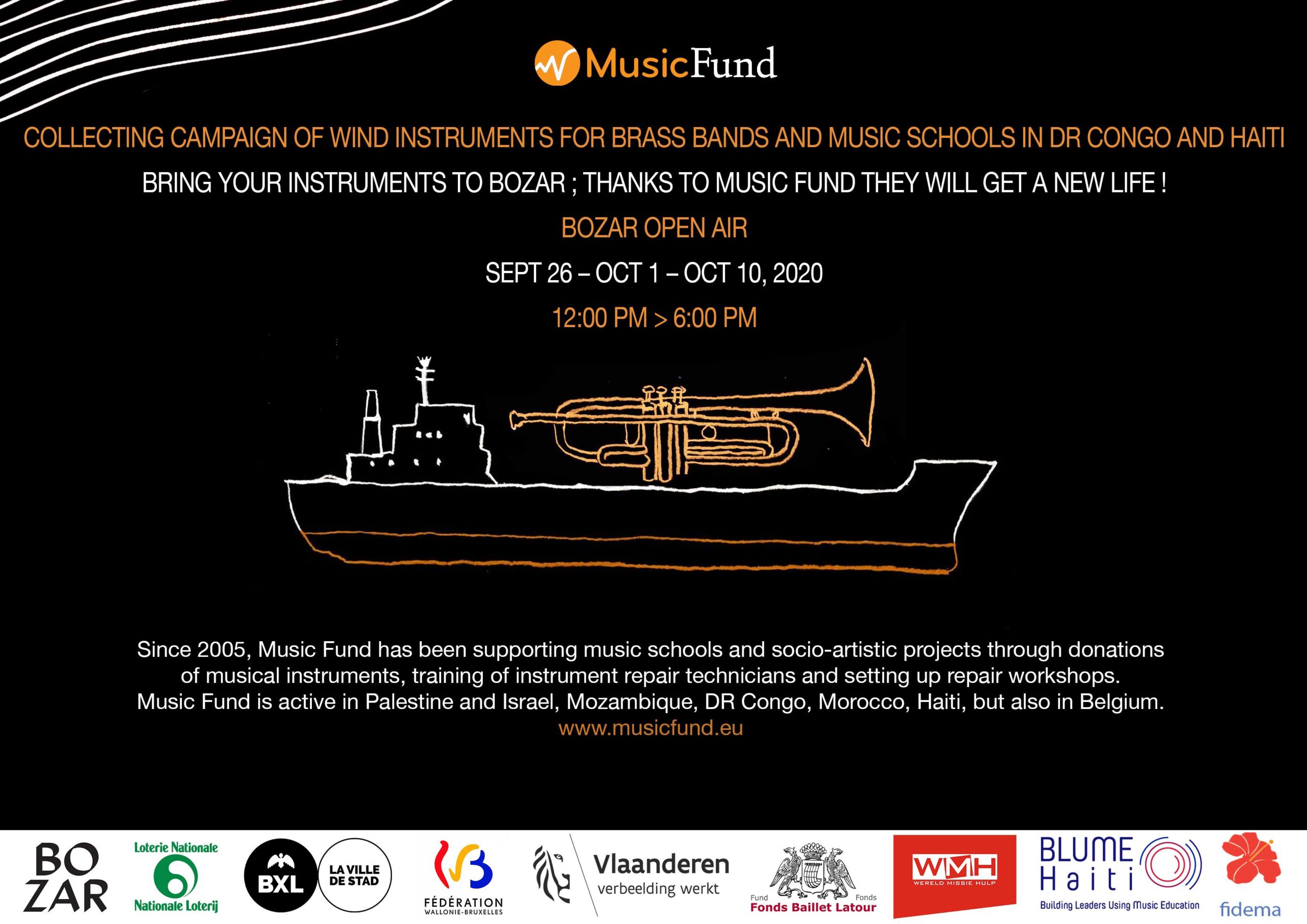 ESPACE MASOLO
The Espace Masolo is popular in Kinshasa. It is a structure offering shelter and ensuring a supervision for kids and young people lacking a family framework. Some have been accused of sorcery. Espace Masolo organises training in various artistical activities: sewing, theatre, music, … The objective is to help put these children back on track through art. The center has had a brass band since 2009.

LYVE MANDO MENGI
Lyve Mando Mengi is 26 years old and was born in Kinshasa. Accused of sorcery after the death of his mother and the remarriage of his father, he left the family home and lived on the streets for a long time, before being taken in by government services and entering the Espace Masolo. There Mando learned puppet theatre and, above all, the saxophone, his favourite instrument. Perfectionist and of great precision, he attracted the attention of the various repair trainers who came to give classes at the Espace Masolo over the years. In 2017, he came to Marche-en-Famenne to perfect his skills and toured Germany with the Espace Masolo brass band. The icing on the cake: it is he who provided the first training in wind instrument maintenance in the Music Fund project in Bukavu, Ndaro Culture. Creating an exchange between young Congolese talents and seeing a local trainer capable of taking on eight days of teaching was a real achievement for Music Fund.

CEMUCHCA
Founded in 2004 on the initiative of former members of a musical ensemble from the city of Cap-Haitian, the Cemuchca (Cercle de Musiciens Chrétiens Capois) is one of the largest music institutes in Haiti. In addition to its headquarters in Cap-Haitian, it has ten branches spread throughout the country and some 350 regular students aged five years and over, from all social backgrounds. The school offers a diversified musical education (quartet instruments, piano, brass band, solfège, etc.) and includes a 30-piece orchestra and a brass band.

HEROLD JEAN-PIERRE
In 2016 and 2018, Hérold Jean-Pierre followed two training courses on repair techniques for wind instruments in Cap Haitian. In 2019, he was invited to follow a two-month apprenticeship in Belgium, in the workshops of Music Fund (Marche-en-Famenne), the Dairbau brothers (Gourdinne) and Marc Paeleman (Zwalm). That same year, he founded his own workshop in Port-au-Prince, the CPMIRS (Cemuchca Port-au-Prince Music Instrument Repair Shop), in close collaboration with Music Fund, who helped him with the equipment. He is a self-taught stringed instruments repairer and teaches music at the Cemuchca’s annex in Port-au-Prince.